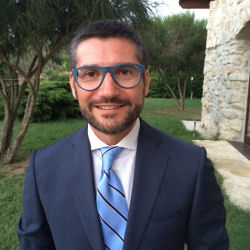 Education and career history
Graduate (J.D.) in 2002 at the University of Genoa with a dissertation on maritime law and multimodal transport with specific reference to insurance issues and liabilities regime.
After having obtained a diploma in 2004 at the post graduate Law School M. De André, Genoa, he has spent a trainee period in a London international shipping law firm.
In 2010 he has got a second degree (J.D.) at UCAM – Universidad Catolica San Antonio de Murcia and, in the same year, has been admitted at the Bar of Barcelona (ICAB).
In 2011 Enrico Molisani has been awarded a diploma by the Institute of Maritime Law at the University o Southampton.
Admitted at the Bar of Malta in 2015.
Founding partner of M&C Studio Legale Internazionale in 2008 and, when such firm merged with Riccomagno Lawfirm, co-founder of MR InternationalLawyers (2016).

Wide experience both in domestic and international litigation as well as in advisory work in the matters of insurance, maritime and transport law (air, road, combined), logistics with particular concern to shippers and carrier’s liability, cargo loss or damage, average adjustments, air, land and maritime claims, insurance, attachments, arrests of ships, liens of cargoes and interim orders in general, relations with competent Maritime Authorities, etc.
The work is often extended to the connected issues regarding private international law, conflicts of jurisdiction and insolvency law.
The customary clients of Enrico Molisani are cargo and H&M insurers, P&I Clubs, ship owners, charterers, MTOs, freight forwarders, terminal operators and ship agents.
He deals also with company law issues in the marine and non-marine sector and sits in some supervisory bodies set up in compliance with the Italian Legislative Decree n. 231/2001 disciplining the corporate legal liability.

Member of the Italian Maritime Law Association (AIDIM), member of the Propeller Club – Port of Genoa.

Personal life outside the law

Fan of travelling and skiing; he is also a trail runner.